After you've claimed the Crux of Fire from the Hammerlorne Mines, you'll be able to return to the secret Guild of Crius Vindica (again using your Strange Viewing Glass  to safely enter and exit the guild hall on the Forsaken Coast). 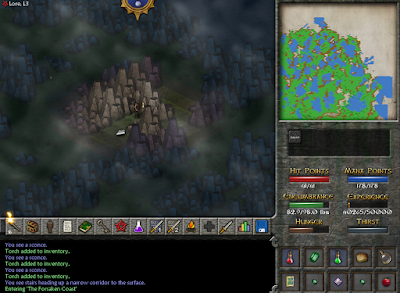 Returning the Crux of Fire to Korren inside the guild hall will reward you with 3000 more experience points for completing this major quest, and Korren will tell you more about the Guild's plans:
Korren is convinced that at least one of the four Crux stones must be destroyed, as an extreme measure to prevent the even worse contingency of "The One" getting its hands on all four stones. This won't be a simple task however, and he'll now require that you go and find yet another Crux stone, since one of these stones is apparently the only thing powerful enough to destroy another.
The next Crux Stone, the Crux of Ages, is held in the Taurax Stronghold of Talushorn, lair of General Ghorr, and you'll have to infiltrate this formidable dungeon with the Crux of Fire in your possession. 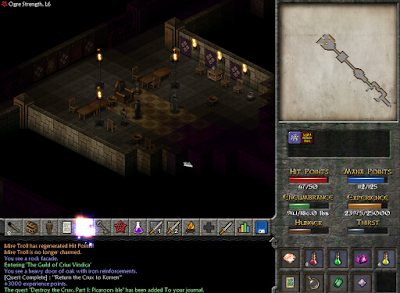 Completing that quest will end the game, but there are still many more things you can opt to do first:

The Ironpool Dam & Lost Westwillow
You probably passed the Ironpool Dam while traveling to Greenriven Lake early in the game, and may have learned about the haunting coming from the drowned mining town of Lost Westwillow. (If not, you can speak with Minus to receive a Dwarven blessing to give to the Dwarf engineer Brudo, to solve the side quest "Secrets of the Deep" and open up the lower levels of Ironpool Dam.) The lower levels of Ironpool Dam and the even more deeply buried Lost Westwillow aren't the easiest places to overcome for a lower-level adventurer, but if you already took on Hammerlorne, this could be a good place to go now. (By doing so, you'll also be able to claim one of the four mysterious bells needed to get 30,000 xp from the belltree beneath Lockston Hall.)
See IRONPOOL DAM & LOST WESTWILLOW section for details.

Erubor & "Assistance from Lorewitch"
After you've returned the Crux of Fire to Korren to receive the next branch of the main quest, you can also speak with Erubor again to receive a new quest to venture to Lorewitch Tower.
Erubor will tell you that there has long been intense competition between his own guild of Shadowmirk and the mages of Lorewitch Tower. However, he hopes that if you bring Lorewitch's archmage Charma a silver chalice that Shadowmirk won in the Mage Games, that Charma will agree to provide you with some type of help in your quest to take on the stronghold of Talushorn.
Note: While you don't have to go to Lorewitch Tower, we recommend it since you won't have to kill anything, and you'll need to enter Lorewitch if you intend to claim one of the four magical bells required to gain 30,000 xp later on, after completing the belltree beneath Lockston Hall in Port Kuudad. (See LOREWITCH TOWER section for details.)

The Journey to Harpoon Bay & Picaroon Isle
Where or not you're ready to brave the formidable stronghold of Talushorn to finish the game, you can gain more nonviolent experience points by completing quests to travel beyond the Sylphwood Forest in the west, and reach Northern Harpoon Bay. You can hire a ship from Harpoon Bay, which will take you over the sea to the shores of Picaroon Isle. Making this journey will also allow you to reach more merchants on Picaroon Isle,  some of whom have valuable magical items and lots of gold to buy treasures you've taken from enemy strongholds. 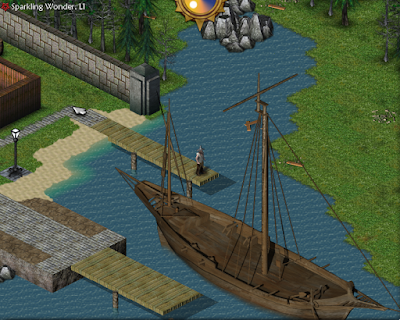 On the main landmass east of the Isle, you'll then be able to choose when to cross the Brimstone Lava Fields and Amireth Grazelands of the Taurax, beyond which you will find Talushorn.

Fathamurk:
The only major place we didn't cover (at least not yet) is the formidable dungeon of Fathamurk. As far as we know, you can only complete Fatharmurk if you destroy at least a few creatures (such as a "lava slag" carrying a key to a door that can't be opened in any other way, and a dangerous golem).
Fathamurk is optional, but definitely an interesting challenge that will add more to the background story and let you learn more about the Orakur. Just be warned that after you descend into Fathamurk, gateways will slam shut behind you and trap you inside, forcing you to overcome the dungeon in order to escape. 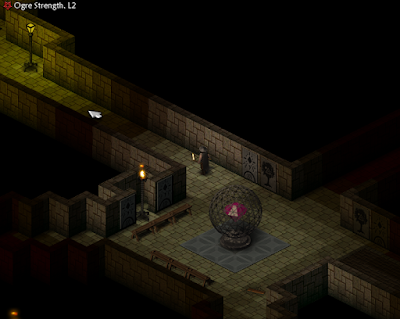 CEnemies inside the complex and volcanic caves include Lava  Slags, Mutated Assassin Stalks, Rift Harpies, and "Scarlet Deaths," as well as a dangerous golem that is probably the toughest and smartest adversary in the game. (And if you're still aiming for minimum violence, you'll also need to be prepared to either walk through a field of lava, or through a passage filled with poison clouds— since the only other alternative would be battling over ten Mutated Assassin Stalks.)
If you want to take on Fathamurk, you might want to complete Lorewitch Tower first, since the wand you receive from Charma of Lorewitch will make it comparatively easy to deal with the dangerous golem at the end of Fathamurk. (If you want to try, details about where to find the Fathamurk entrance are in the section on the FARROCK CAVES.)