Eschalon Book II is a rare epic fantasy CRPG that can be won via a perfect "zero kill run" campaign, without killing or injuring a single thing. The game even features a built-in set of achievements that the player can optionally try to achieve by the end of the game, including a challenge called "The Pacifist."
All three of the Eschalon games are single-player CRPGs with great storylines and atmosphere, and all three give players wide latitude to choose their own skills and strategies, enabling zero kill run solutions in Books II and III, and coming close in Book I). There's a lot of danger and hundreds of enemies in the game, but you'll never be forced to kill anything if you want to win the entire game on a pacifist run.
Eschalon Book II has a storyline featuring a lot of conflict and isn't by any means an inherently nonviolent game, but the flexible design makes it possible to complete all the quests in the main storyline without the player being forced to use any violence, and the majority of the optional side quests can also be completed without killing anything.


Only a handful of optional quests would require killing (but can be skipped easily). A few others are in a "grey area" in which players could cause monsters like lycanthropes and sentinel stalks to dispatch each other— but will never be forced to do so if they prefer to stick with a purist approach to their pacifist run.
The whole Eschalon trilogy is designed so that completing quests without violence awards enough experience points to achieve more than enough level-ups to win the game without having to kill anything. (The relatively few mandatory combat encounters in Book I happen for other reasons, like unlocking sealed doors that will only open after a specific enemy dies. However, Book II is free of such obstructions, and peaceful pacifist challenge run players can avoid causing a single direct or indirect death. Book III comes very close to achieving the same standard as well.)
Unlike in mostly (or entirely) nonviolent adventure games, Eschalon players will continuously find themselves in deadly situations and be attacked by hundreds of foes, but they can always find nonviolent solutions in Book II of the trilogy. 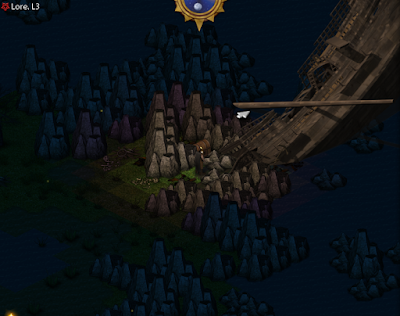 The Eschalon "class" system is very flexible, so players can choose to invest skill points in stealth, alchemy (brewing potions with a wide array of effects), and several disciplines of magic that both include non-lethal spells like Haste, Invisibility, or harmless spells like "Sparkling Wonder" or "Entangle."
Many of the most valuable skills in the game can also be learned up to a certain point by hiring an in-game characters for training (like the owners of magick or alchemy shops), enabling players to conserve their own comparatively scarce skill points, and ultimately making the pacifist challenge much easier to achieve in the Eschalon series than in many CRPGs. Actions such as picking locks and disarming traps can also award players with a modest but meaningful reward of extra xp.


All three Eschalon games also use an engine that combines simultaneous turn-based action that looks and feels like real-time when the player repeatedly acts, but also allows the player to temporarily halt their own actions any time (without having to pause the game), and take as long as they want to choose more complex strategies than would be feasible in many real-time action RPGs. 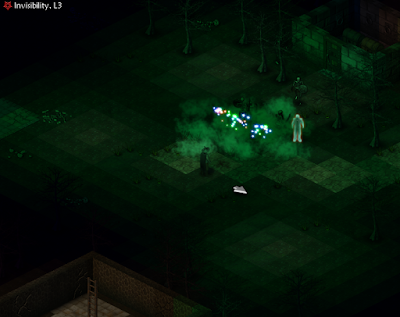 As for the built-in "challenges": Both Eschalon Books II and III feature optional in-game achievements from adopting particular goals or constraints. The requirements for each challenge are viewable from the in-game statistics screen, and "Achievements" for players who meet each of the conditions are awarded automatically at the end of the game. (An optional notification can also pop up notifying players if they failed a particular challenge at any point in the game, in case they want to reload a save file and change their actions.) 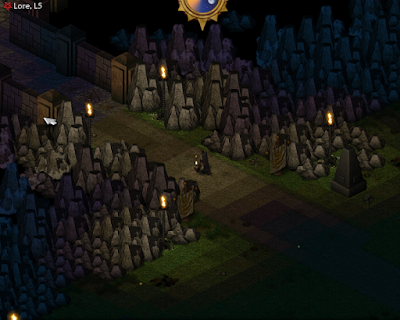 Eschalon's in-game "Pacifist" achievement won't actually hold you to the zero kill standard, as its description states: "A pacifist can only kill under exceptional circumstances. Total game kills must be less than 20. Employ non-lethal offensive and defensive measures." (However, you won't ever be required to attack a single thing, even if the achievement gives you wider latitude.) 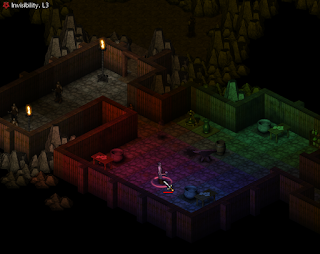 The game also includes achievements for players who choose to do the dead-opposite of a pacifist run (e.g. the "Hellbringer" title), but pacifist run players can also achieve several other interesting challenges, such as The Immaculate ("You must never contract a disease or a curse throughout the entire game. Poisoning is acceptable."), The True Healer, or The Wealthy Lord ("You must end the game with 80,000 gold pieces worth of gold and/or equipment in your possession.")
There are a number of solid "pacifist run" RPGs out there that let you win most of the game without using violence, but most of them usually have at least some major exceptions required to complete the game. (Eschalon I is one example.) However, Eschalon Book II stands out from the crowd for implementing a smooth zero-kill pacifist challenge in which the game plays well from start to finish without forcing players to use violence even once. This is still a a very rare and valuable thing to discover in an epic fantasy CRPG.