The new SimCity (sometimes called "SimCity (2013)" to distinguish it from the 1989 original) is the latest incarnation of the long-running Sim City series.
The original SimCity was a city-building simulation game in which the player is given an undeveloped plot of land on which to develop a city within the constraints of a budget, including zoning industrial, residential, and commercial zones, and providing various services like state-provided utilities, hospitals, law enforcement, education, and more.
The original 1989 SimCity game was unexpectedly popular and successful, and led to numerous upgraded sequels over the decades, including SimCity 2000, 3000, and SimCity 4, and finally the most recent version released in 2013.
The new SimCity builds on many of the traditions established by the original game and its popular sequels, but with a new engine allowing the city to be explored in 3d, and featuring an impressive level of new features and detail, including complicated AI for the many "Sims" inhabiting the cities, many of whom can even be optionally observed going about daily activity, and who share various thoughts and remarks through clickable thought-bubbles...
Players of the new Simcity receive quest or mission-like tasks (which are usually optional) that the player can choose to undertake at the request of various Sims. (For example, requests to build certain types of buildings, or make certain investments.) These are often useful as a form of hands-on tutorial, but also give the game a quasi-RPG-like feel at times. Unlike many in-depth strategy games, however, none of the optional missions or tasks ever involve invading or attacking other peoples' cities. 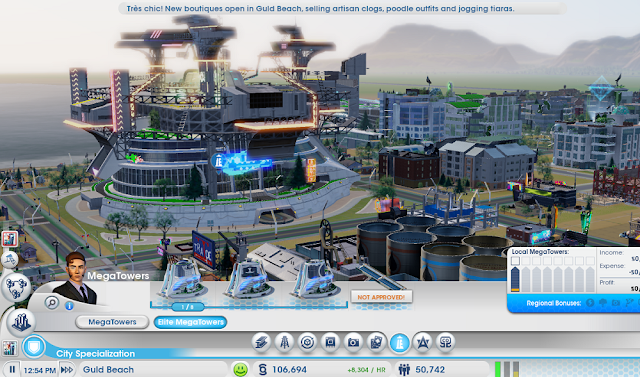 Unlike many simulations, the SimCity games have never focus on violence as a central part of the gameplay (unless players opted to start laying waste to their own cities by ordering the demolition of buildings, or by deliberately triggering natural disasters). In order to be an even more benevolent caretaker of one's miniature population, modern SimCity 2013 players even have the option to turn off disasters altogether. (These might otherwise include attacks by giant robots, in addition to earthquakes and other more familiar catastrophes). 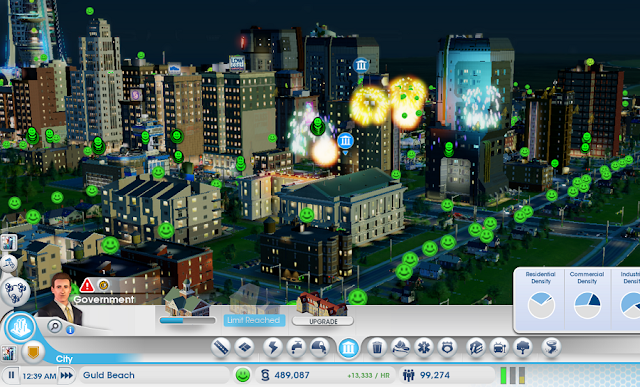 The new SimCity was made compatible for single-player mode in 2014, along with the release of add-ons like the "Cities of Tomorrow" expansion pack, which enables players to develop a creative array of futuristic buildings that come with their own strategy dynamics, and which also "futurize" a lot of the existing infrastructure. 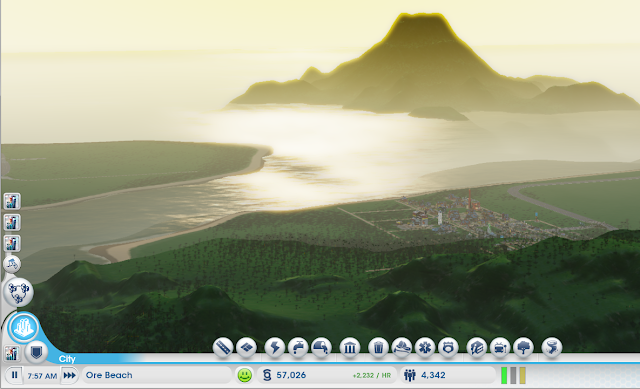 Players looking for extremely "in-depth" strategy game that also enables them to completely avoid violence might find the new SimCity an excellent choice.