Flower is an unconventional 2009 game released on the PS3 and PS4 (among other platforms) in which players enter the dreams of flowers and control the wind to push flower petals through the air. 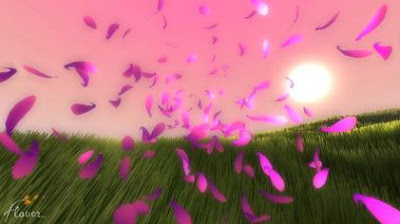 The game gained quite a bit of favorable attention and good press for being a unique experience that many players found emotionally powerful and surprisingly enjoyable. (We've heard such accounts, by the way, not just from "critics" and people otherwise inclined to praise independent experimental/artistic games, but also from people who ordinarily like violent realistic modern warfare games and shoot-em-ups.)

This is how the Wikipedia article describes gameplay:


"In Flower, the player controls the wind, blowing a flower petal through the air using the movement of the game controller. Flying close to flowers results in the player's petal being followed by other flower petals. Approaching flowers may also have side-effects on the game world, such as bringing vibrant color to previously dead fields or activating stationary windmills. The game features no text or dialogue, forming a narrative arc primarily through visual representation and emotional cues."

The same article also mentioned that the game was intentionally designed to be easy to play in order to make the experience more meditative and relaxing, aiming to "provoke positive emotions in the player, and to act as 'an emotional shelter.'"

The game's director Jenova Chen described the game as "an interactive poem exploring the tension between urban and nature," and said that he "had this concept that every PlayStation is like a portal in your living room, it leads you to somewhere else. I thought; wouldn't it be nice if it was a portal that would allow you to be embraced by nature". 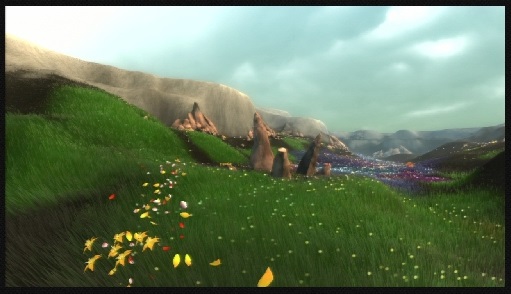 As for the pacifist run potential: This is one game where it shouldn't be too hard to get through the whole thing without being forced to rack up any kills, since there are no enemies to be found anywhere in the game.