The original Escape Velocity was a 1996 space opera RPG/trading/action game in which the player begins as a freelance merchant starship captain who just purchased a shuttle, and had the freedom to explore the galaxy and enrich one's self as a trader— without the mandatory use of violence. Many of the main mission sets involved choosing to side with either rebel or imperial factions (and then blast the buhjeepers out of the opposing faction, of course), but the player was never actually required to choose a side. All missions involving mandatory combat were optional, and there is no set ending point to the game since it's based more or less on the free-roaming "sandbox" concept, so one could theoretically play Escape Velocity as a pacifist perpetually, and build up an enviable fortune as a space tycoon, all with zero kills. All this can now be experienced by modern players now that EV Classic has been reborn on modern operating systems through the new and improved "Escape Velocity: NOVA." 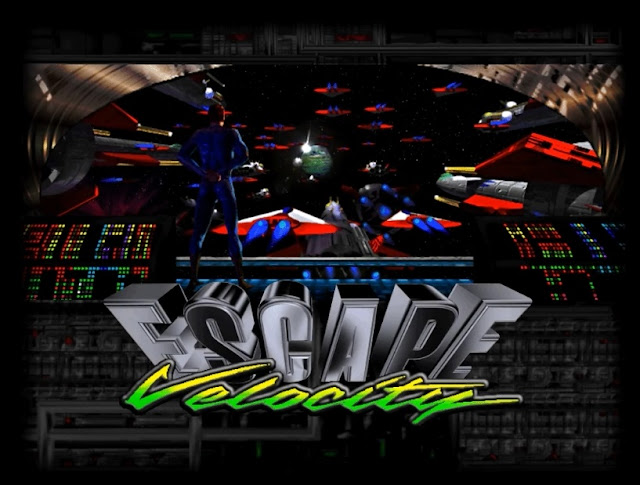 "Escape Velocity Nova" was released in 2002 and featured an updated engine with all-new graphics and many new galaxies to explore, all-new missions to take part in, and a gratifyingly large set of user-created expansion modules (many of which have complete graphical overhauls to create expansive new galaxies, ships, planets to visit, etc). And for "retro" gaming fans who loved the original 1996 version, someone even created an "EV Classic" add-on module for EV Nova, so players can play all the original 1996 scenarios (complete with the original graphics and sound) through the new version of the game.
Note: The screenshots in this particular post only show the EV classic module that you can download and play for free after buying Escape Velocity NOVA, but NOVA itself has a lot of graphical upgrades that make it look a lot flashier than the examples here.
As for the "pacifist" / zero kill possibilities in EV Classic: You begin the game as an independent owner of a shuttle with a very modest cargo capacity, but which is enough to start generating profits until you're ready to trade it for a larger ship. With the shuttle's launch, the player has full freedom to plot one's own course through the galaxy to seek a fortune as an independent freelance captain.

Planets have shipyards selling various types of ships, outfitters selling aftermarket upgrades and equipment, a spaceport bar or lounge of some sort (where players can listen for rumors or new missions, watch TV, or gamble), a commodity exchange to buy or sell goods at the going rates on that particular system, and a mission computer to take on mercantile missions of various sorts.
The Escape Velocity games are well-suited to players who find the profit-motive highly engaging: The web of exotic star systems the player can travel through via hyperlinks are full of interesting profitable trade routes, arbitrage opportunities, and well-balanced risk vs reward opportunities. Even with fairly terse design, there is usually a convincing economic rationale for why commodity prices are high on one planet, or low on another. Some planets or space stations also have 'specialty' goods or unique economic conditions that can lead to additional profit opportunities.
Players who choose to side with rebels or imperials and blow lots of people up would eventually get special military-class shipyards unlocked and be able to buy rebel or imperial ships that are not available to civilians. However, nonviolent players who don't want to get involved with either of these factions still have lots of interesting ships available, and Escape Velocity NOVA even allows you to make millions of spacebucks by buying an asteroid mining ship.
As for evading the dangers of space pirates and other intergalactic fiends found in the Escape Velocity universe: All combat is based on a real-time engine, which means it's possible to escape reasonably quickly without ever being forced to kill anyone. Marauding space pirates typically provide a player's first combat encounters, but usually aren't difficult to evade unless one travels into the dangerous frontiers of space, where pirates are more numerous, and sometimes even occupy their own systems. (Wretched hives of scum and villainry, one might say.)
AI-controlled NPC ships in the EV galaxies also keep a close watch on each other, always looking for the first opportunity of blasting at rival factions, and the fact that all non-piratic factions will attack pirates on sight also makes the pacifist's challenge to stay alive easier in some cases.
For when the going gets tough: Shipyard outfitters provide a wide array of custom add-on technologies capable of boosting ships capabilities, including defensive armor and shield upgrades, and (more fun) aftermarket fuel-tanks and afterburners that make it reasonably easy to outrun most marauding pirates and hostile ships by dumping fuel on the afterburner until the player's ship is far enough from the system center to make a hyperspace jump.
For pacifist star captains who feel more in vogue when traveling through the galaxy on the wrong side of Imperial law: There are also various black market spaceports and systems where even more exotic upgrades are available. One has to be cautious about buying illegal ship upgrades since they may end up being stopped and scanned by Imperial ships— though in one of the user-created mods, one of the pirate systems even has a black market where one can buy a fake ID card (featuring a picture of "Doomguy") to avoid being automatically scanned and identified as a criminal.

One other note: Players who are into more extreme forms of RPG gaming and refuse to reload game files can even turn on "strict play" mode, which would force them to rely on onboard escape pods to survive after their ship is destroyed by foes.