The austere stone church on the north end of Eastwillow (adjoining the cemetery) is known as The Virtuous Covenant of Mosan, and if you speak with Father Tyrus inside, you'll  receive a quest to track down his missing disciple Julian. 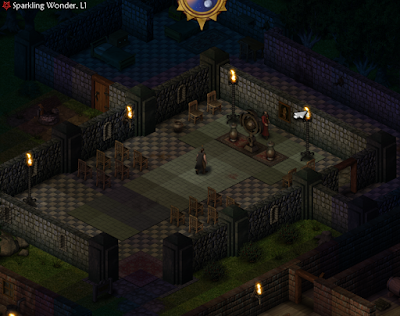 Unfortunately, Tyrus is convinced that doing the bidding of Mosan will require you to kill Julian, who he claims went insane and started preaching heresy before disappearing down the Well. We don't know of any nonviolent solutions to this quest. However, you'll find Julian lurking in the underground complex down the Old Convent Well, outside the church near the cemetery...

If you want to hunt for treasures, open locks for a little bit of nonviolent experience, and generally explore the atmospheric surroundings, you can enter the Old Covenant Well at any time. (You'd also have the option to step into a grey area by "indirectly" causing Julian to perish, but this isn't necessary, since he'll otherwise just stay lurking down here for the entire game without hurting anyone if you leave him alone.)
There are some level 4 locks in the complex also, so you may only want to enter with decent lock picking skills and/or the Lock Melt spell. The Sparkling Wonder spell is recommended for mages, because the place is swarming with Catacomb rats who can easily pen you in a corner and kill you if you're not careful, and can also be a nuisance as they keep getting in your way in narrow hallways. You'll find some gates that will let you enter the complex, controlled by levers (and will have to be careful not to accidentally kill a rat when closing a portcullis). 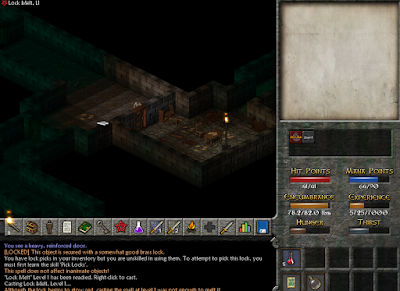 There is also one room with pressure plates where the only way to get through the door at the other end is to make sure no catacomb rats hop onto the plates. In all cases: Casting the harmless Sparkling Wonder spell will solve the problem by sending the rats hopping away in fear (though some equivalent like the Entangle spell for Diviners would probably also work). 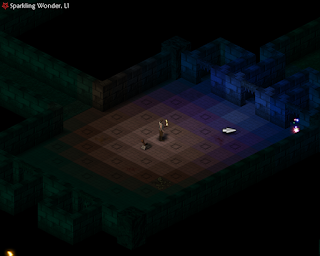 After circling around the complex and opening gates (including dealing with the cage room where the rats need to be kept off the pressure plates), you'll find Julian's lair in the southwestern corner of the complex. Unfortunately, Julian won't be friendly, and after talking for awhile about an extra-dimensional entity called "The One" (who Julian claims is coming to cleanse the world with a fiery doom), he'll become hostile and attack you. If you want to get some treasures from behind Julian's lair, you can sneak or run past him (or cast Sparkling Wonder on him if he already attacked you) and find a chest in the room southwest of his room. 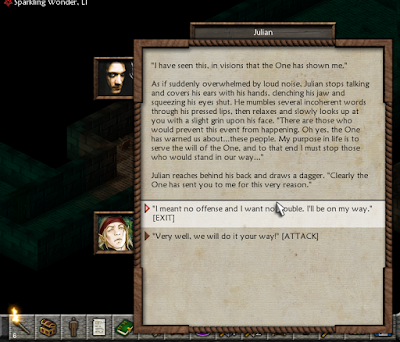 Up the north passage past Julian's lair, the complex will gave way to caves of natural rock, and at the end of the rat-infested western tunnel you'll find a wall that can be blown up with a keg of black powder that is sitting next to it. You can shoot the keg with the firedart spell to blow it up, or throw projectiles at it. (Just make sure to scare away or entangle nearby rats first, so you don't blow them up by mistake.) You'll find another treasure chest on the other side. If you return and take the east passage leading up, it will return you back to the gates nearer the entrance, so you can leave.
One last remark: One of the items you can find on the table in the room in the far southeast is a Quill & Inkwell, which isn't worth much, but happens to be something to hold on to for a quest later on in Port Kuudad. (You can get more of these elsewhere, however, and find them randomly in stock at Inns with shops in most towns.)